For my birthday I went to 3 cities that featured some of this the oldest and best preserved of Roman ruins. First stop Nimes to see the arena where gladiators fought in earlier centuries and now host bullfights. It is a formidable structure, beautiful and imposing. I spent the afternoon touring  it and had dinner outside it’s walls thinking about all the history contained in those stones. 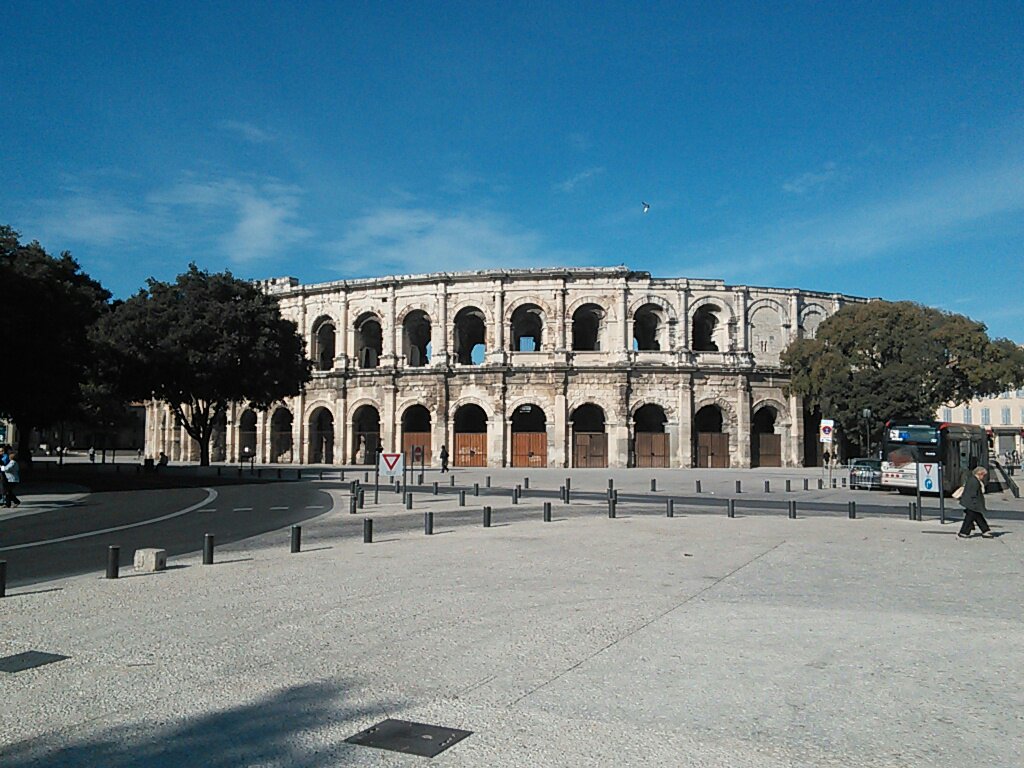 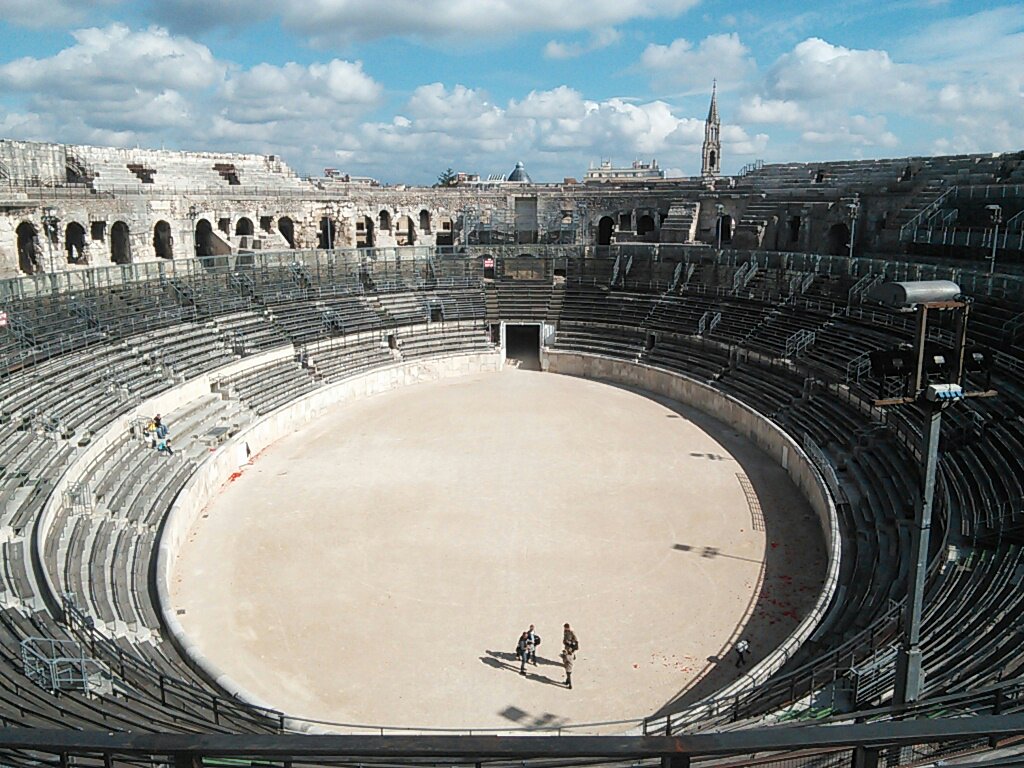 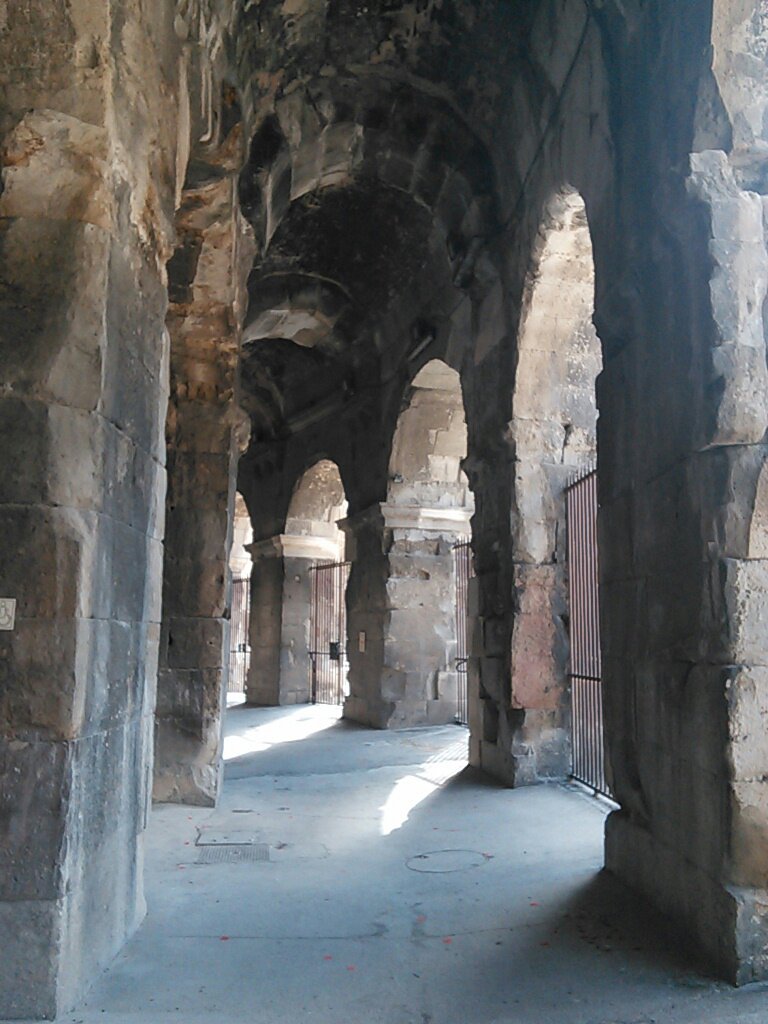 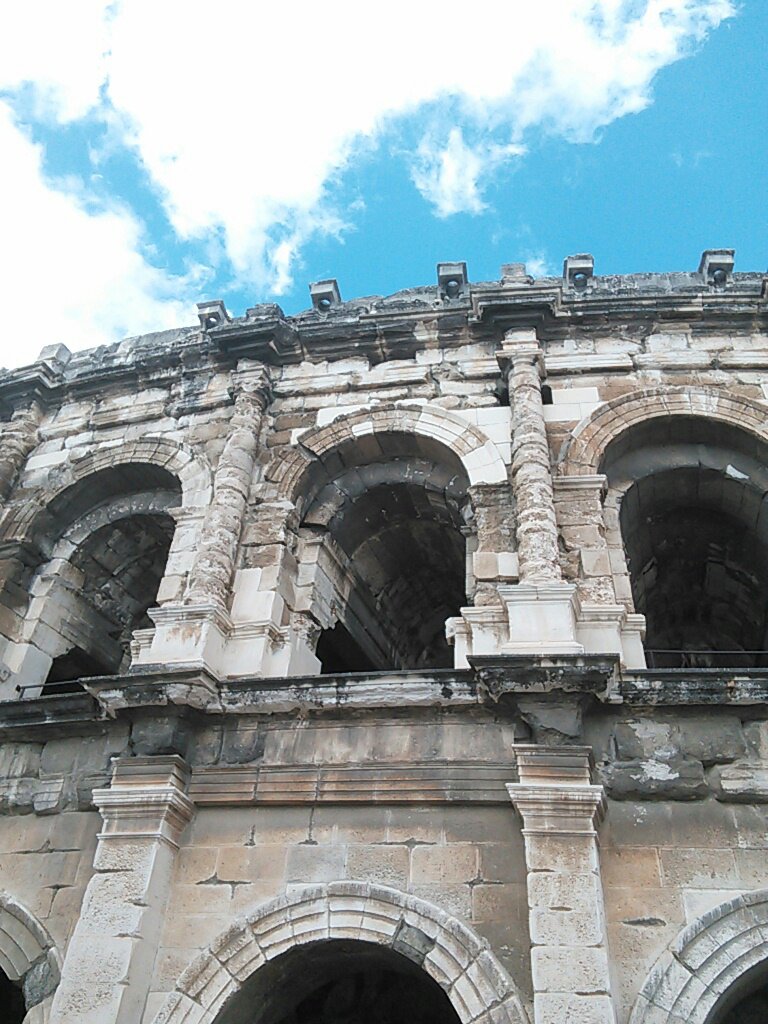 Next I went to the Maison Carré which served as a temple to the emperor of Rome who was regarded as a god. Here the people gathered outside as the priest went inside to worship the emperor and divine his wishes for his people. The building is well preserved outside but serves as a theater inside explaining it’s history and function. 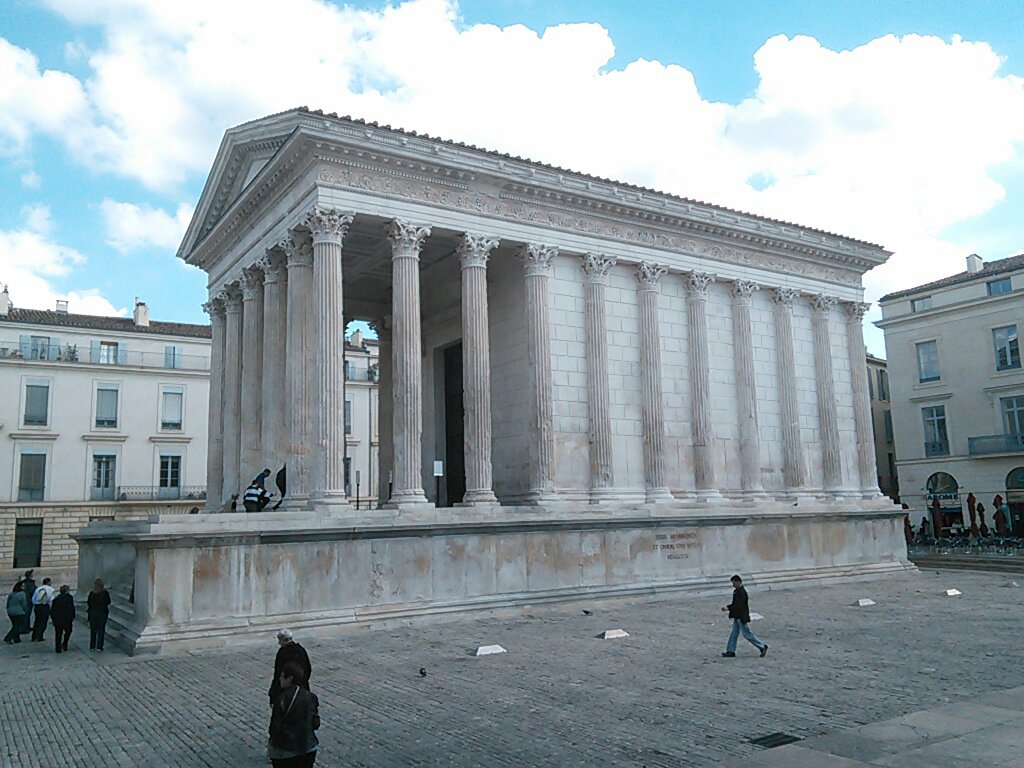 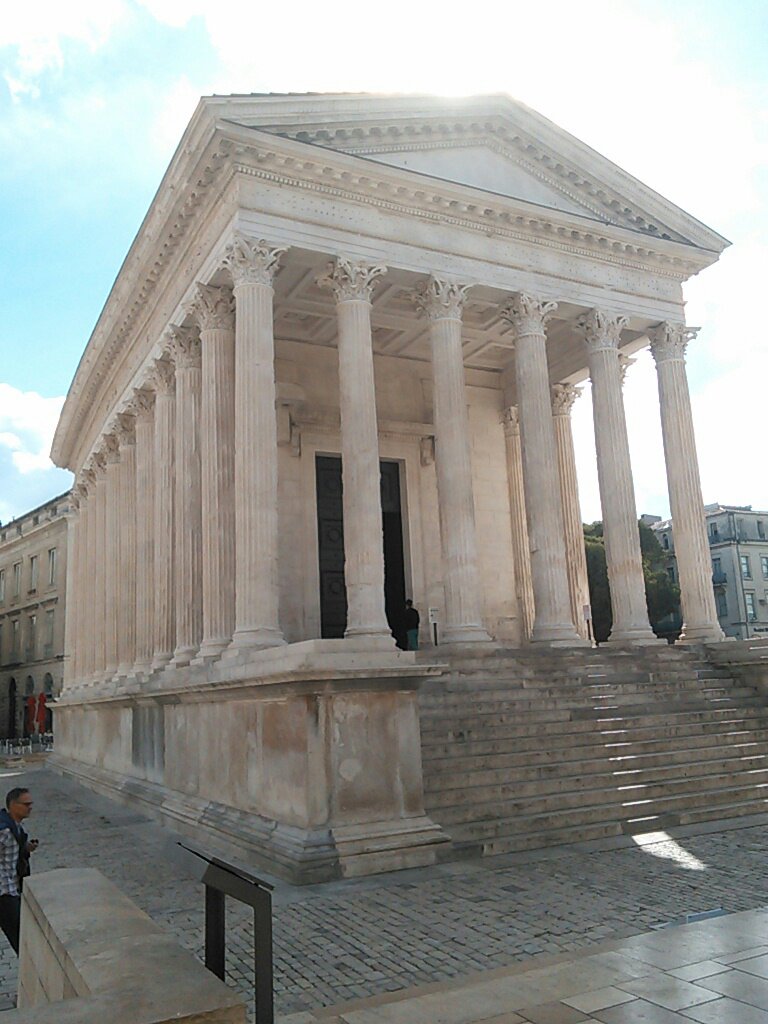 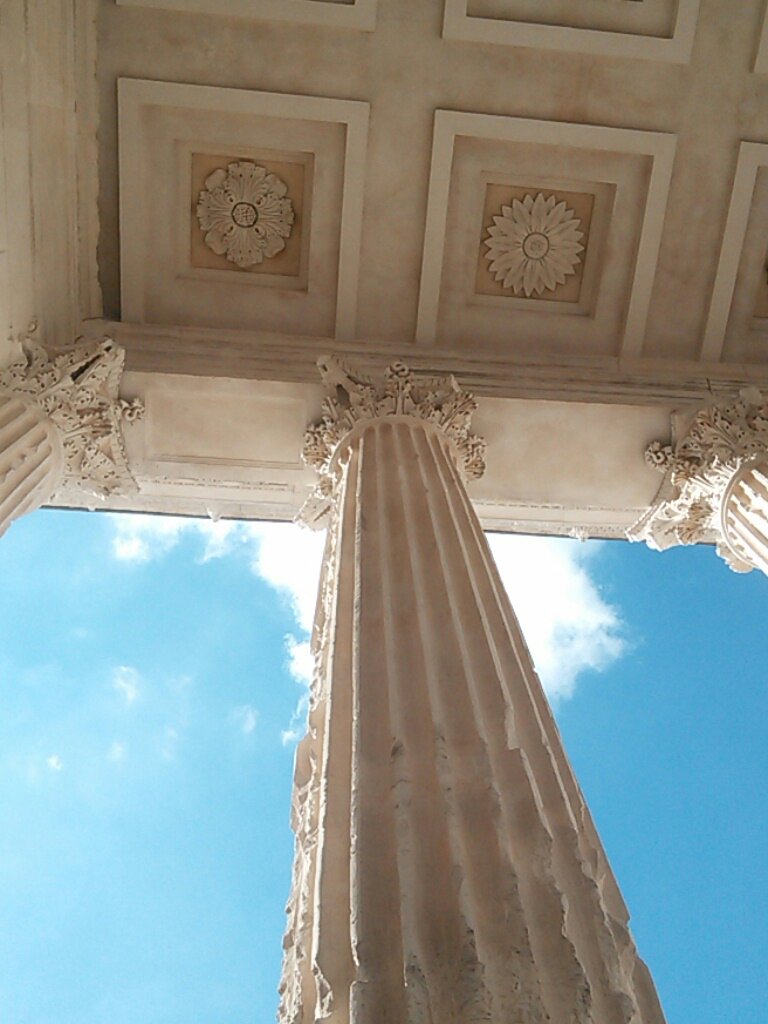 Afterwards I toured the gardens, Temple of Diana and also an old watchtower that was originally built by the Gauls and later rebuilt by the Romans on a high mount which overlooks the entire region. 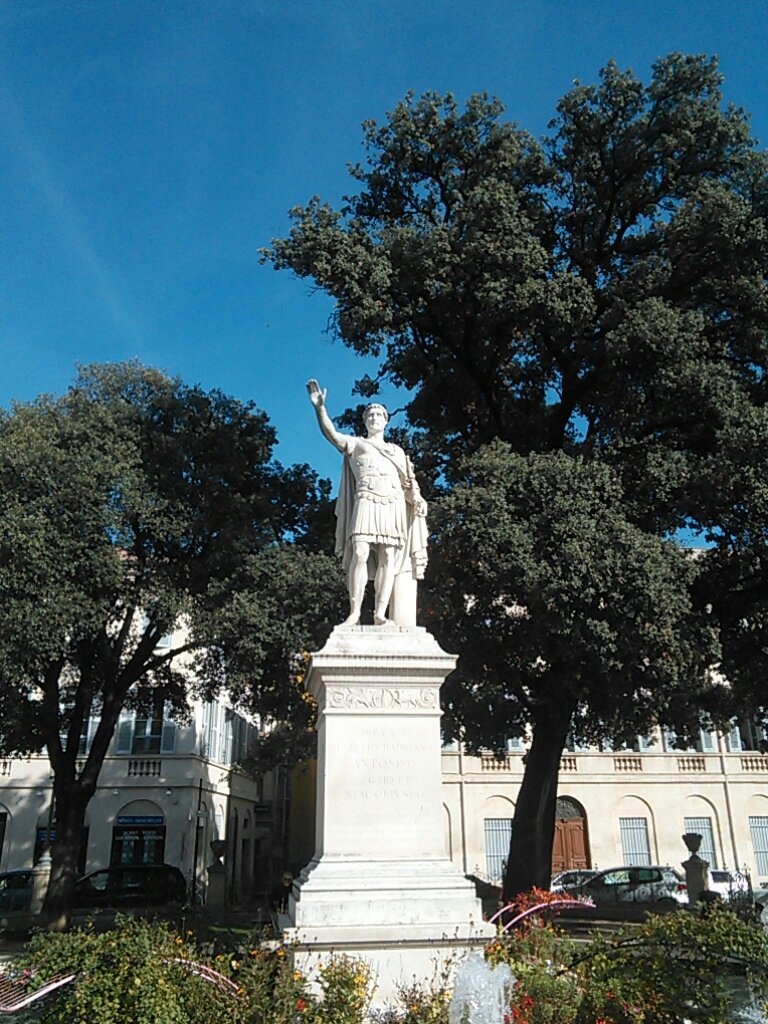 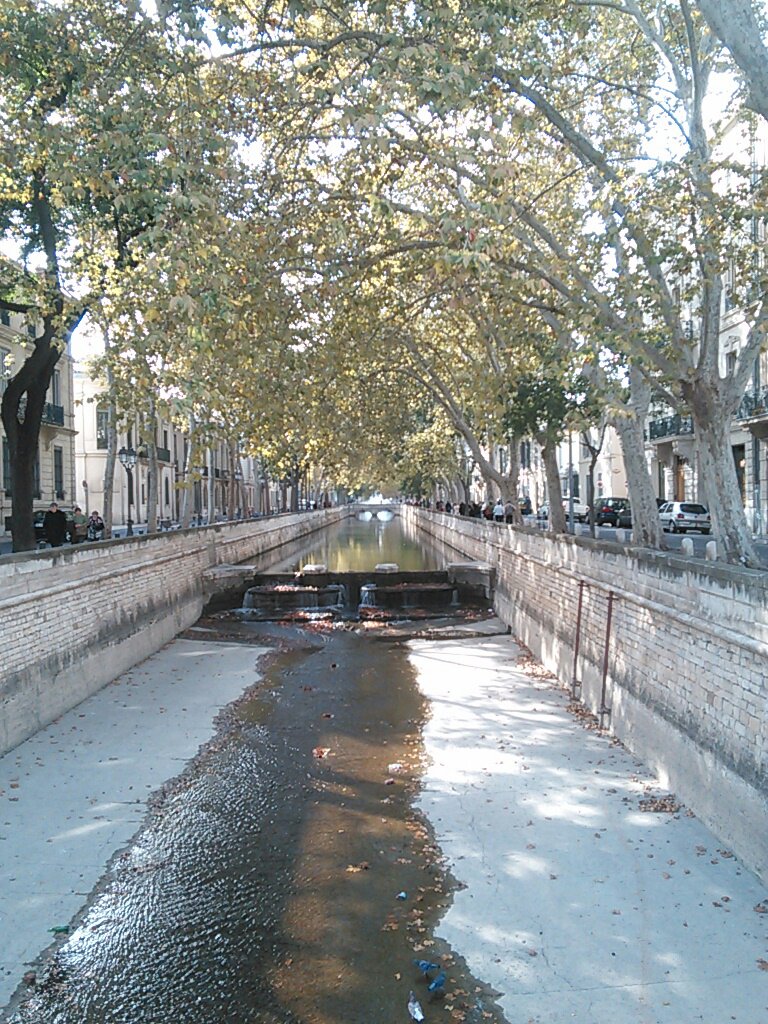 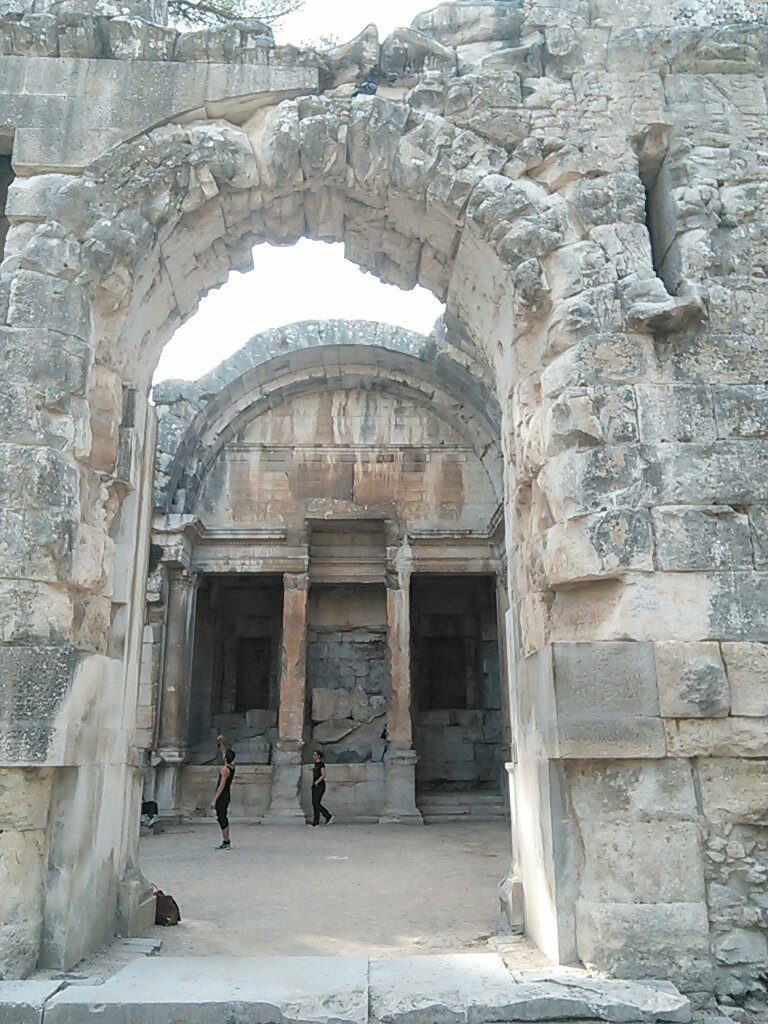 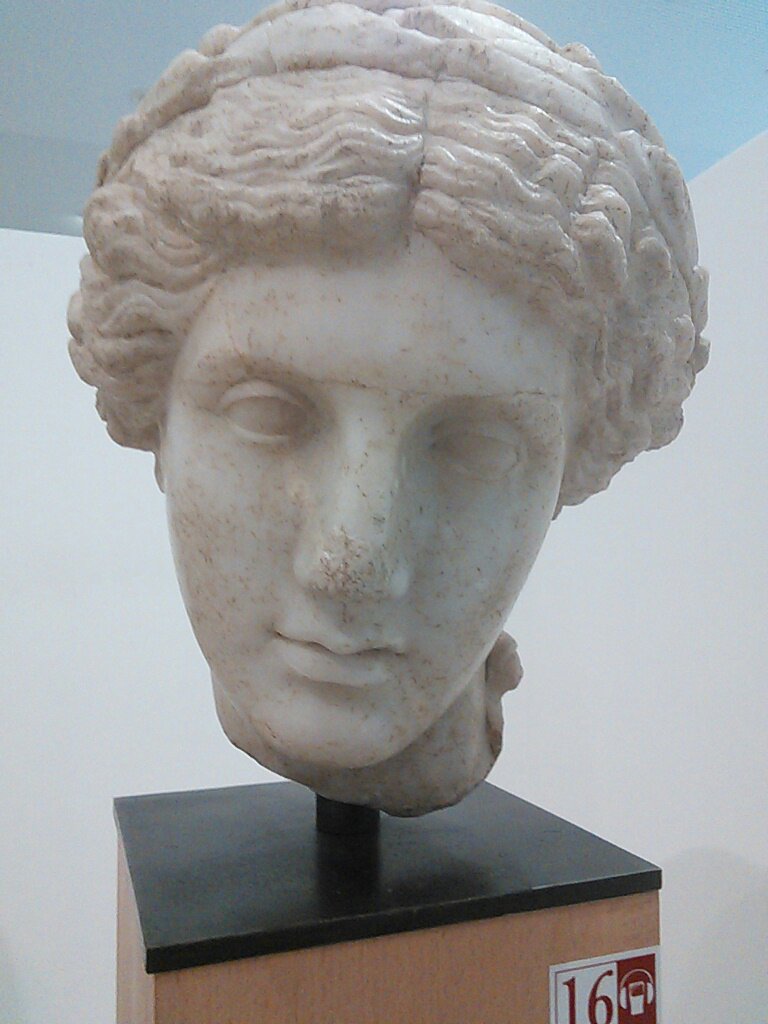 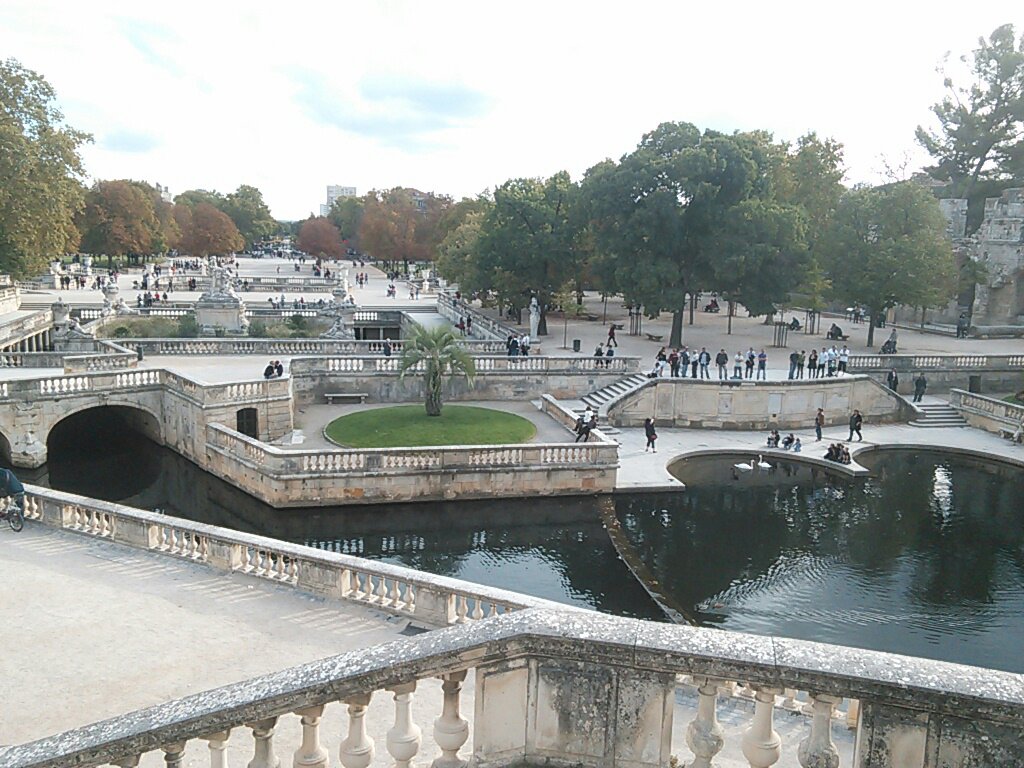 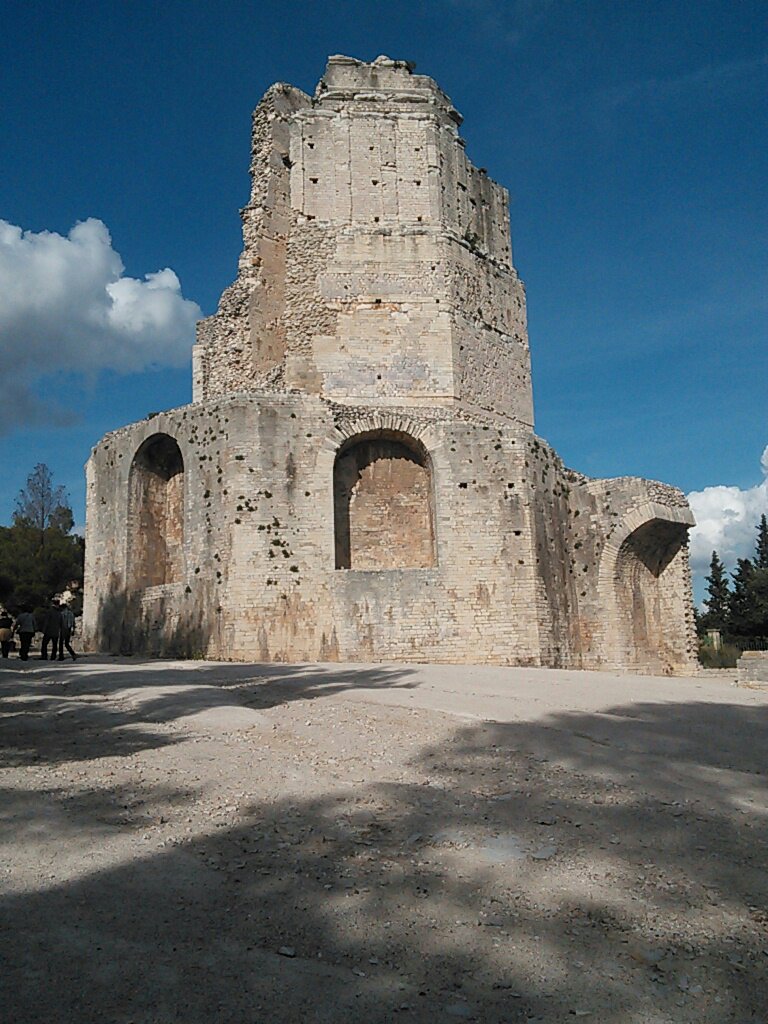 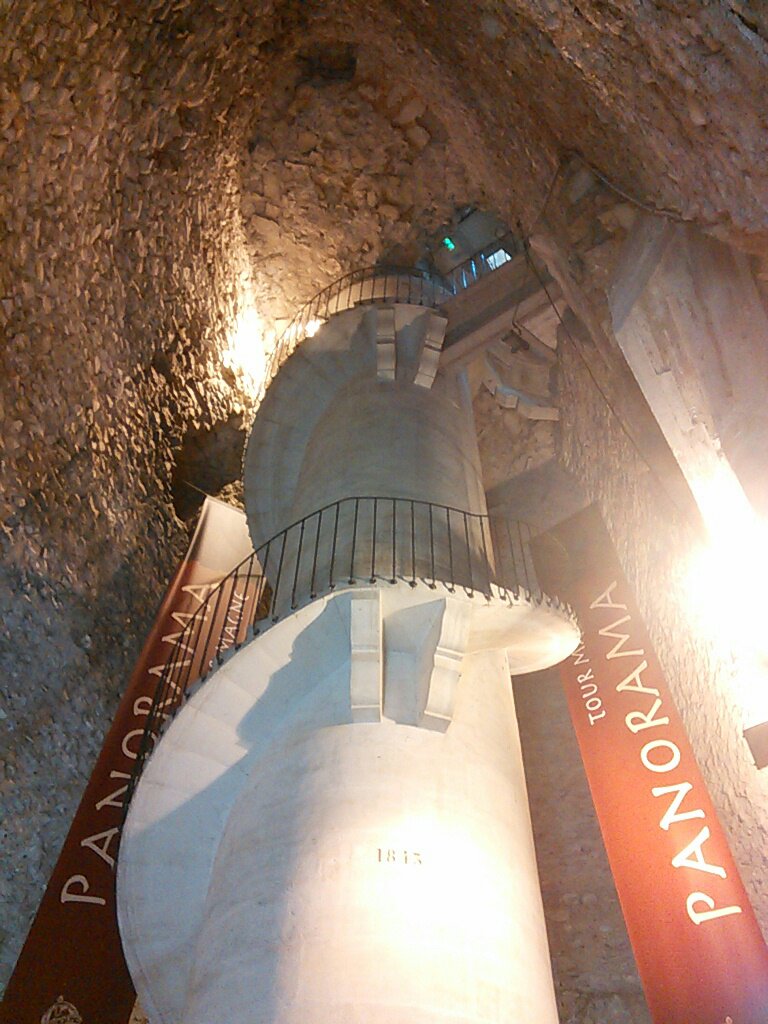 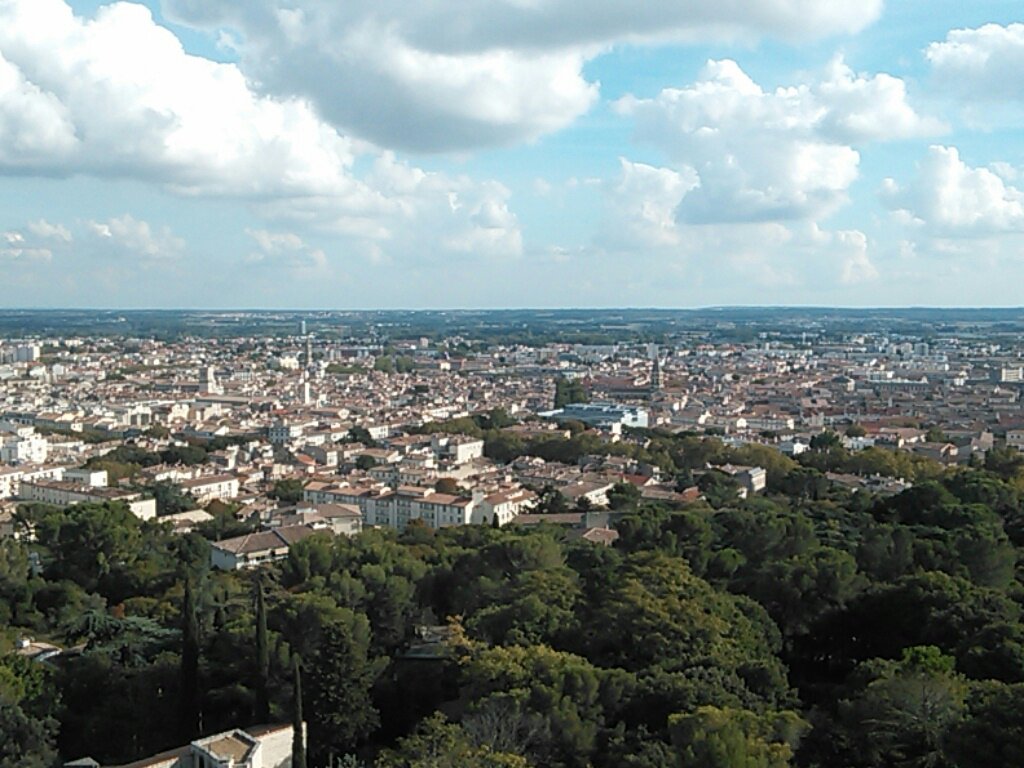 The next day I went to see the Pont du Gard aqueduct which is a marvel of ancient engineering. I hiked some of the many trails that surround the area, some of which follow the water chanel to and from the aqueduct. Too bad I didn’t bring my swimsuit because it was a perfect day for that! 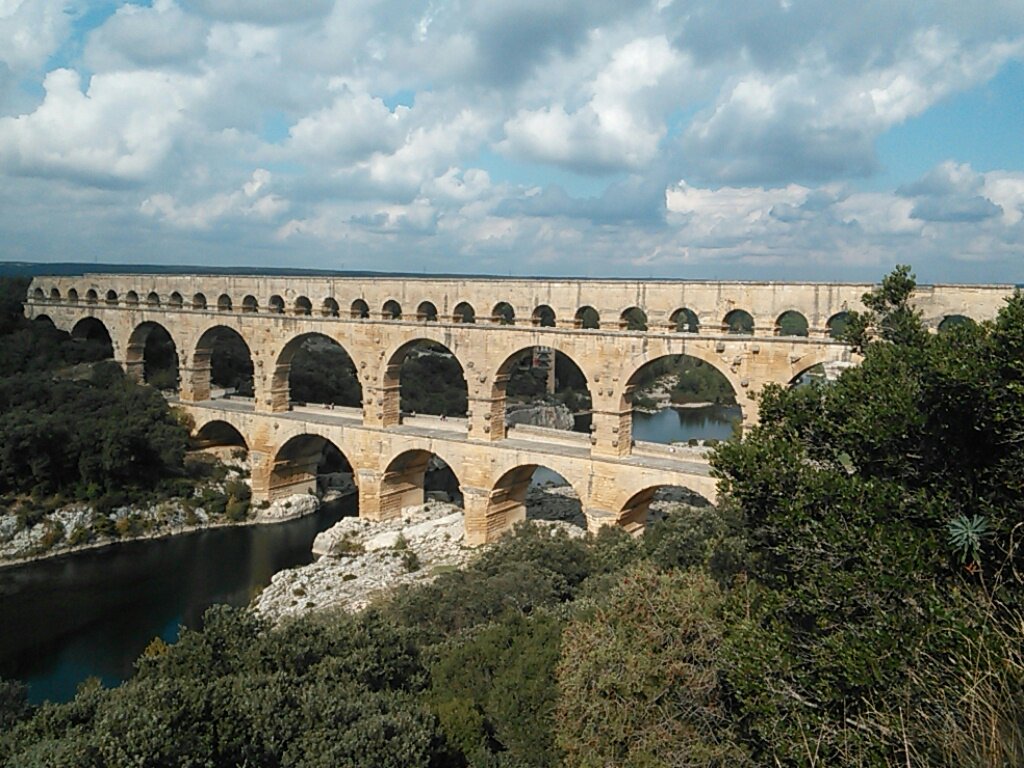 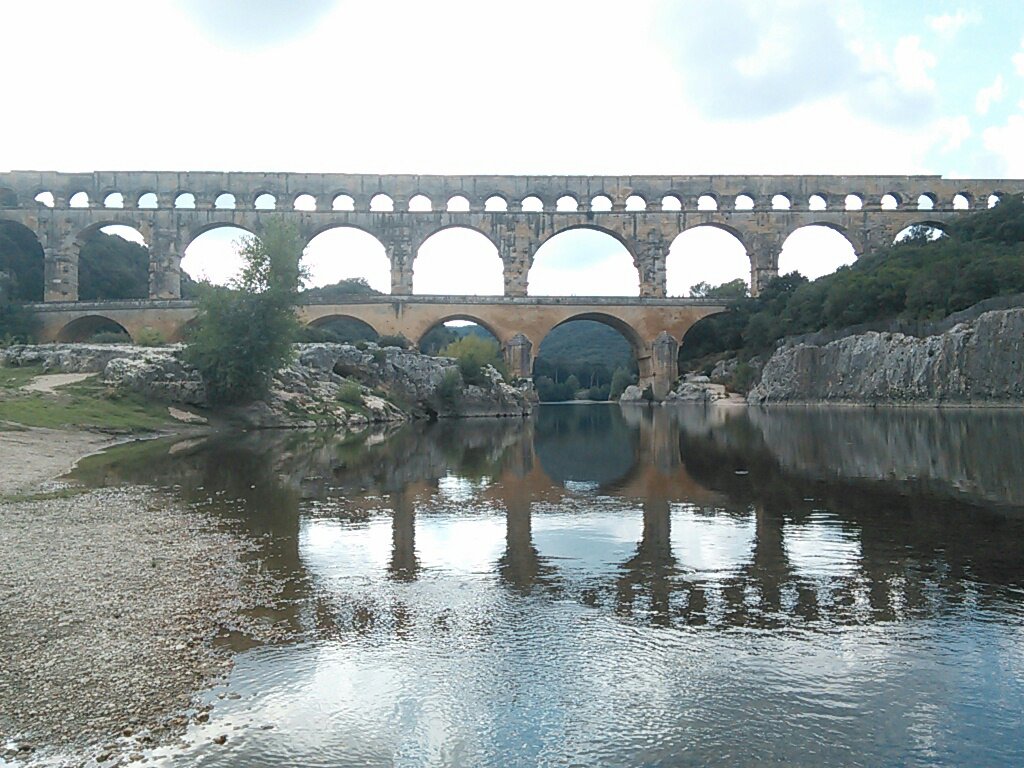 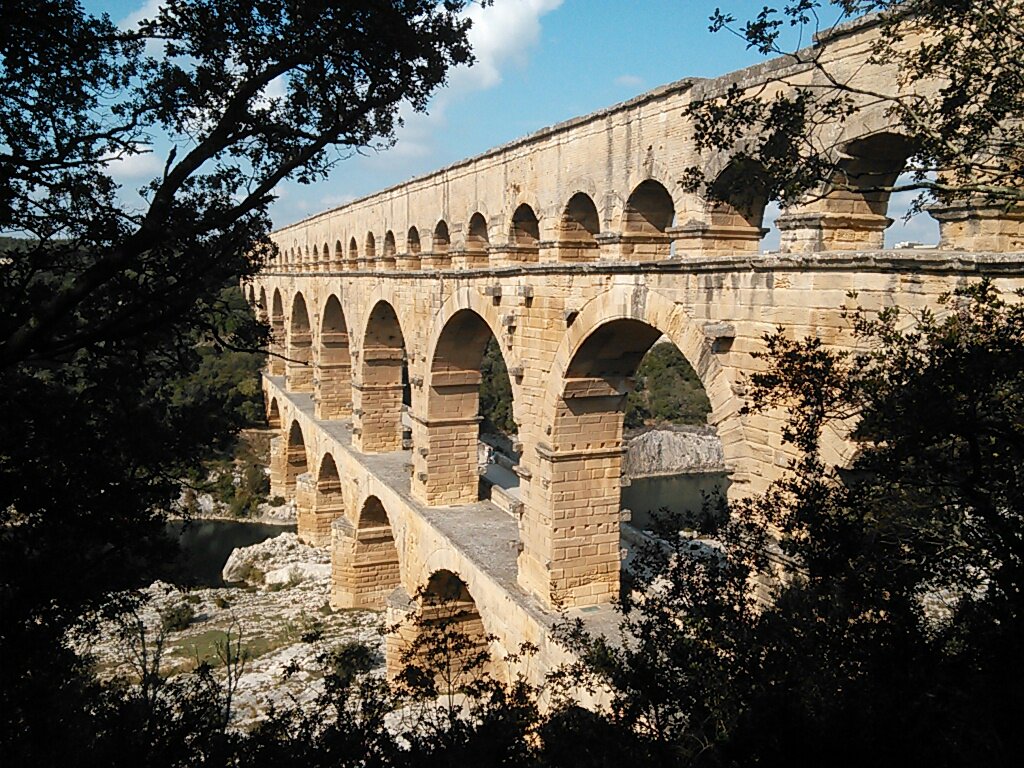 Then it was on to the city of Orange to see it’s famous, and well preserved Theater. Here artists performed from all across the roman empire. It is still used today for rock concerts, classical music, plays and opera. 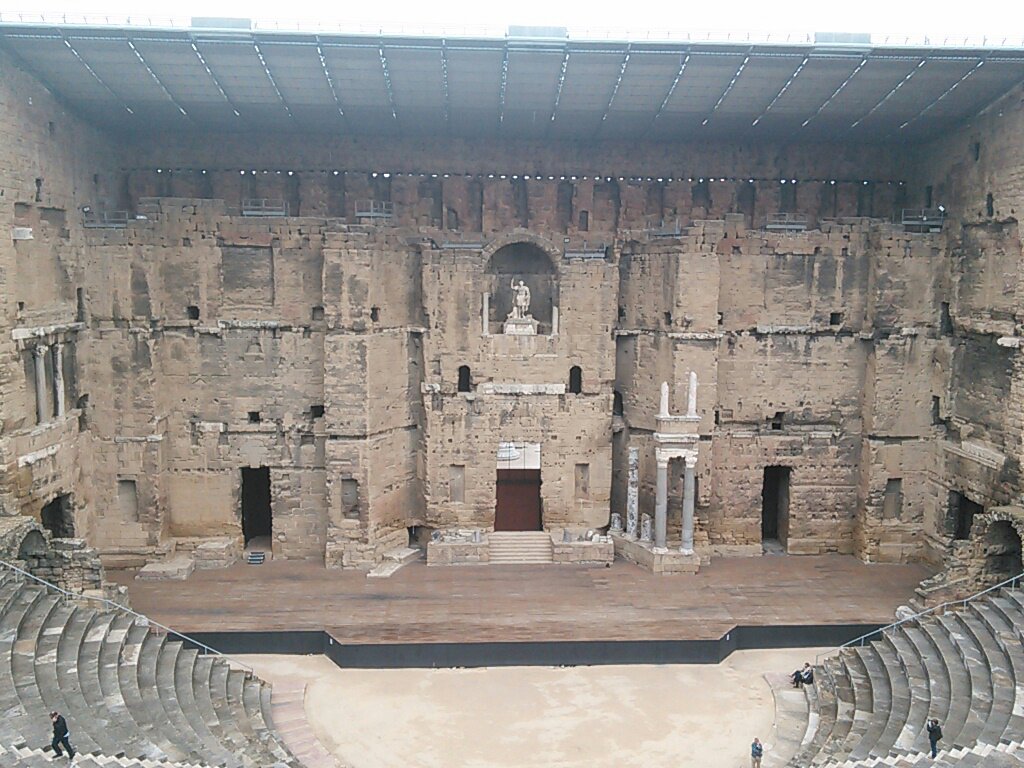 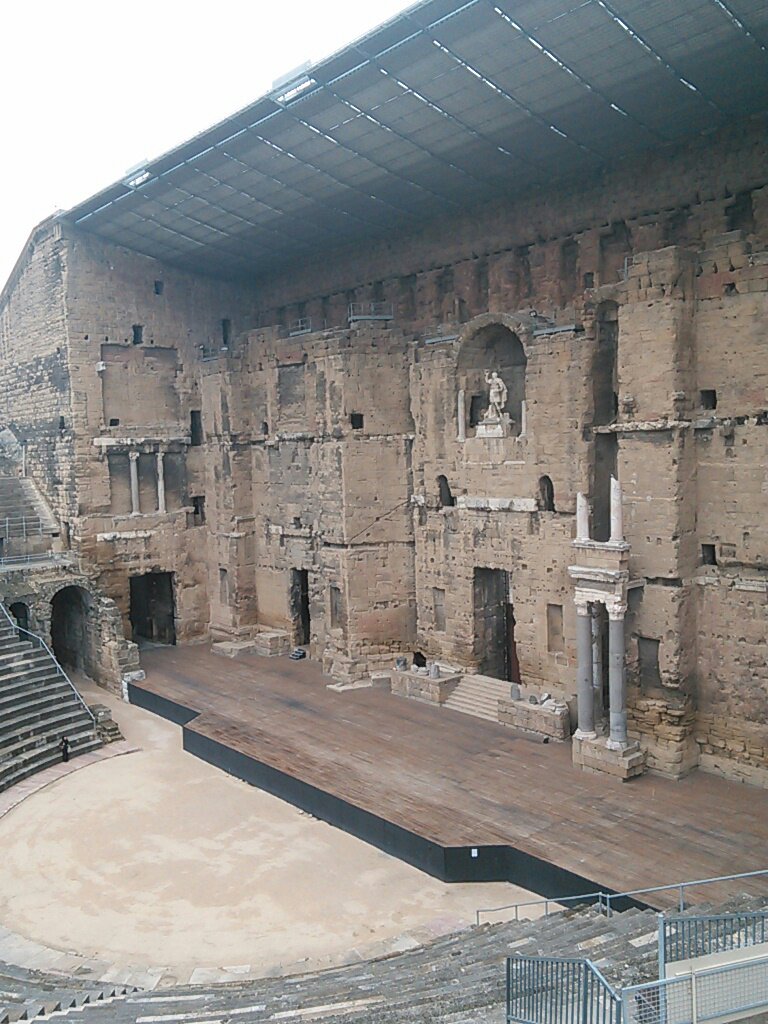 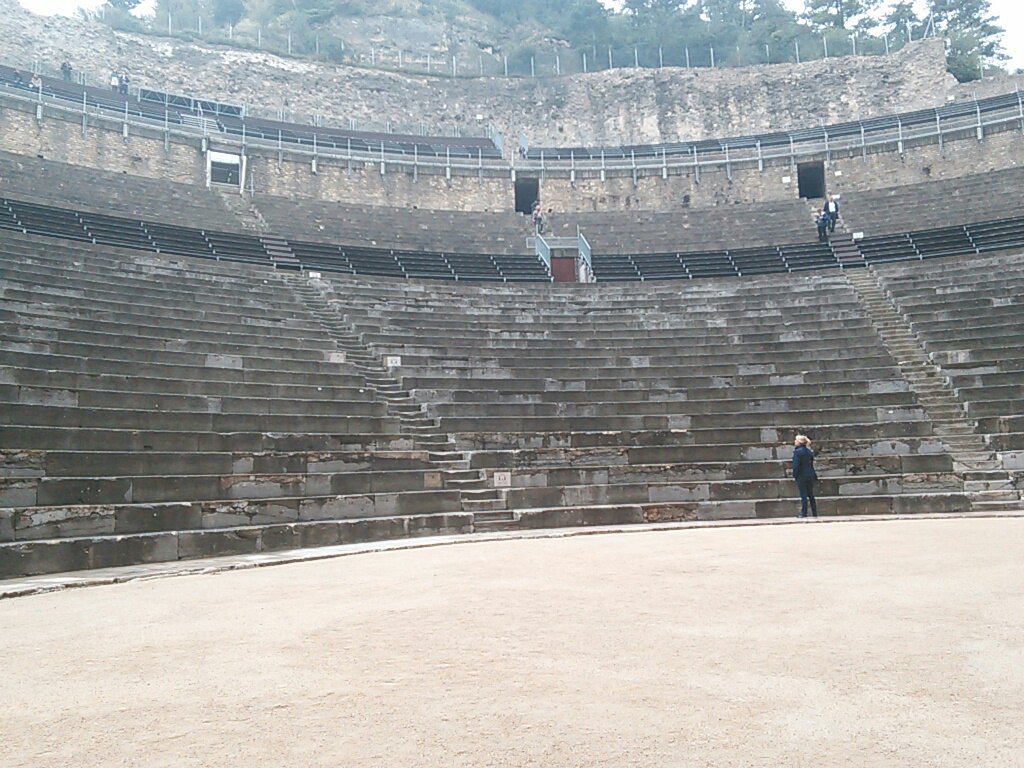 The only mishap in my 3 day Birthday adventure was a rail strike that left me stranded for an extra night in Orange. The owners of the hotel Le Provence were very nice and accommodating and put out a great  breakfast which helped ease me into my return to Vallauris. A once in a lifetime birthday! 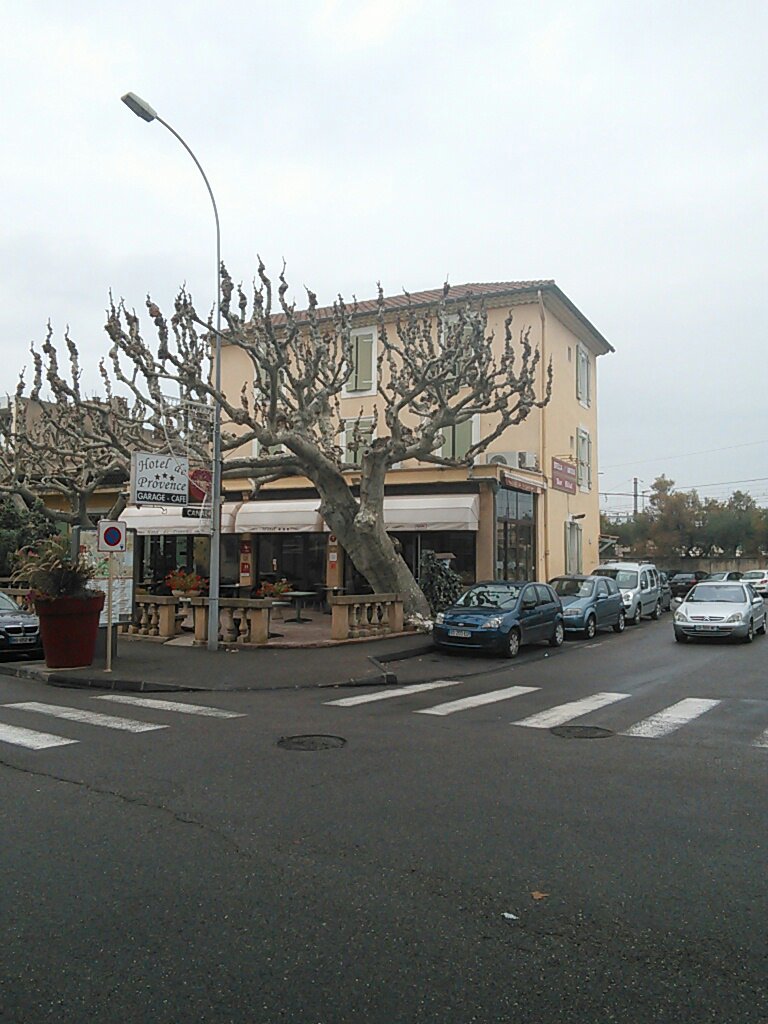