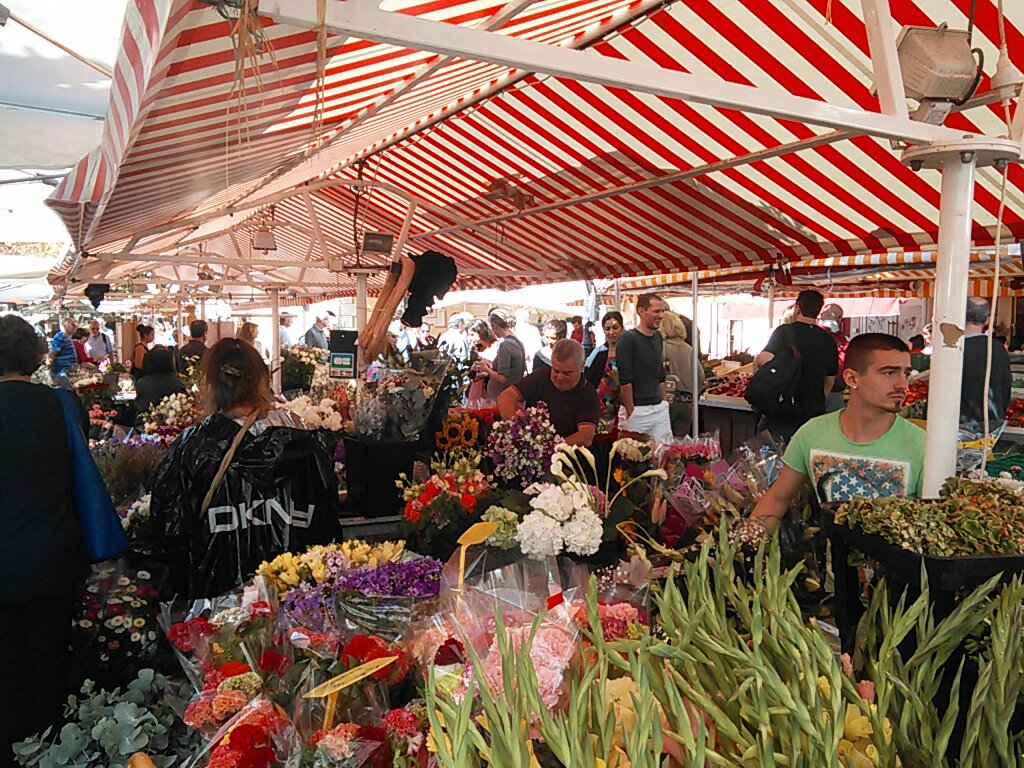 I went to the older part of Nice and visited it’s market where fresh vegetables, fruit, olives, cheeses, pastries, pies, spices, jams, flowers, mushrooms, and all sorts of other delicious and wonderful items were sold from market stalls. Along the street restaurants were serving enticing menus while people took a leisure lunch and watched the world go by. The French here enjoy taking long lunches followed by a siesta that often lasts until 4pm. 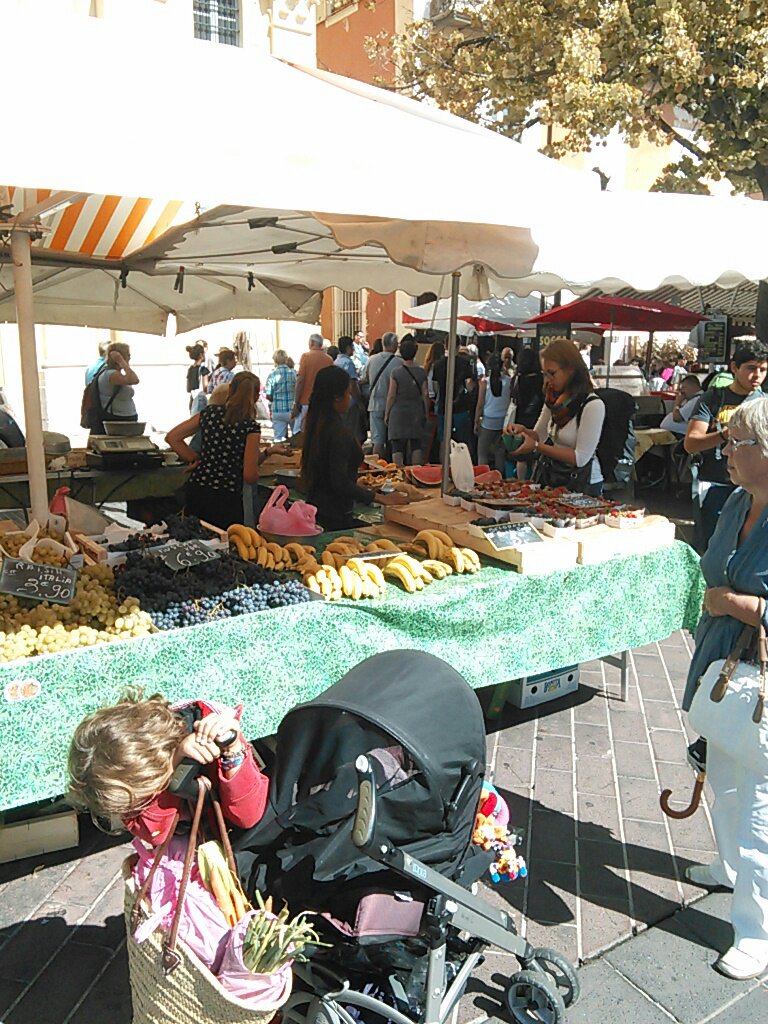 I wandered through a dense network of narrow pedestrian alleys and streets and took a lot of photographs which should help me with the work I’m doing here. 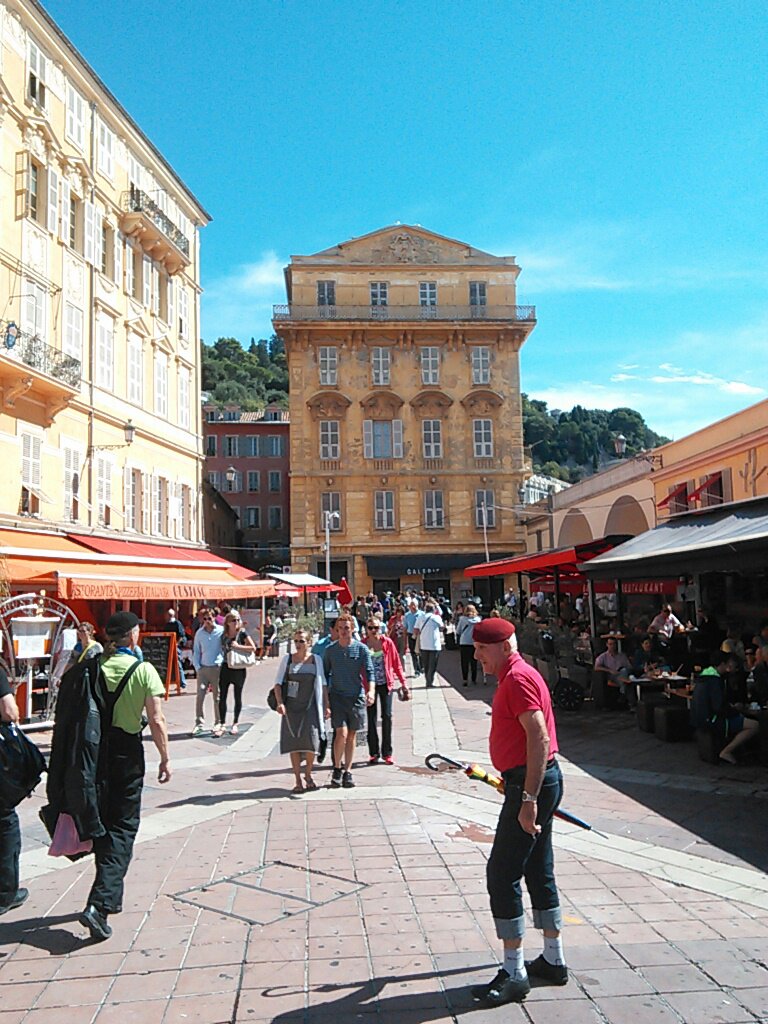 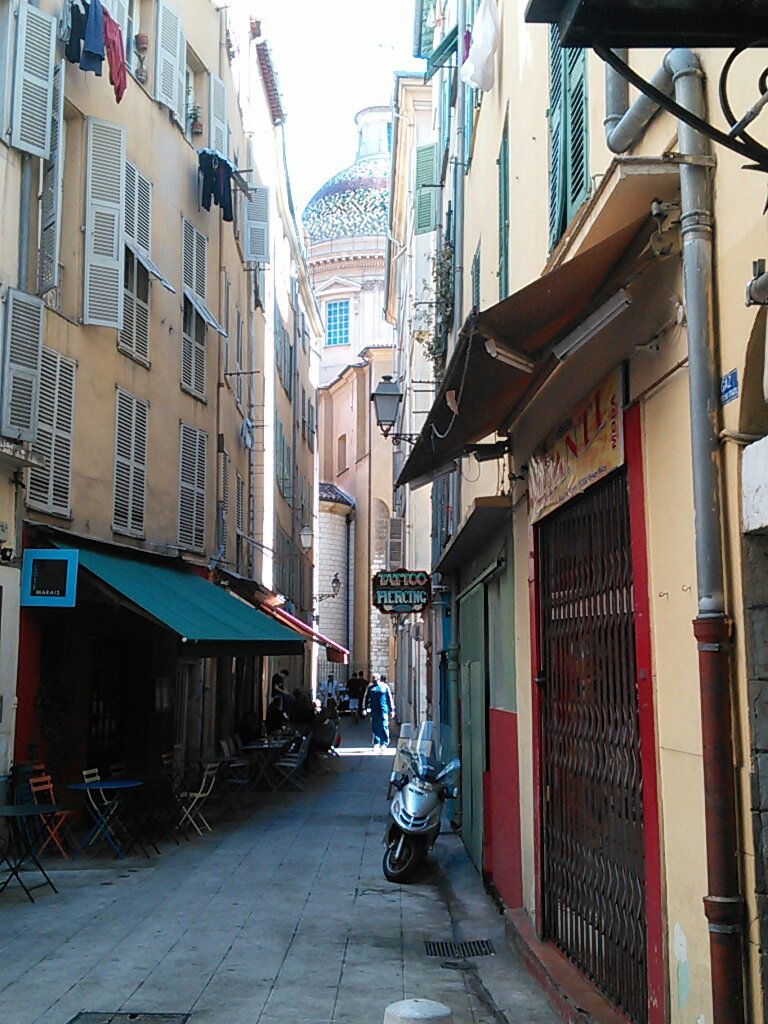 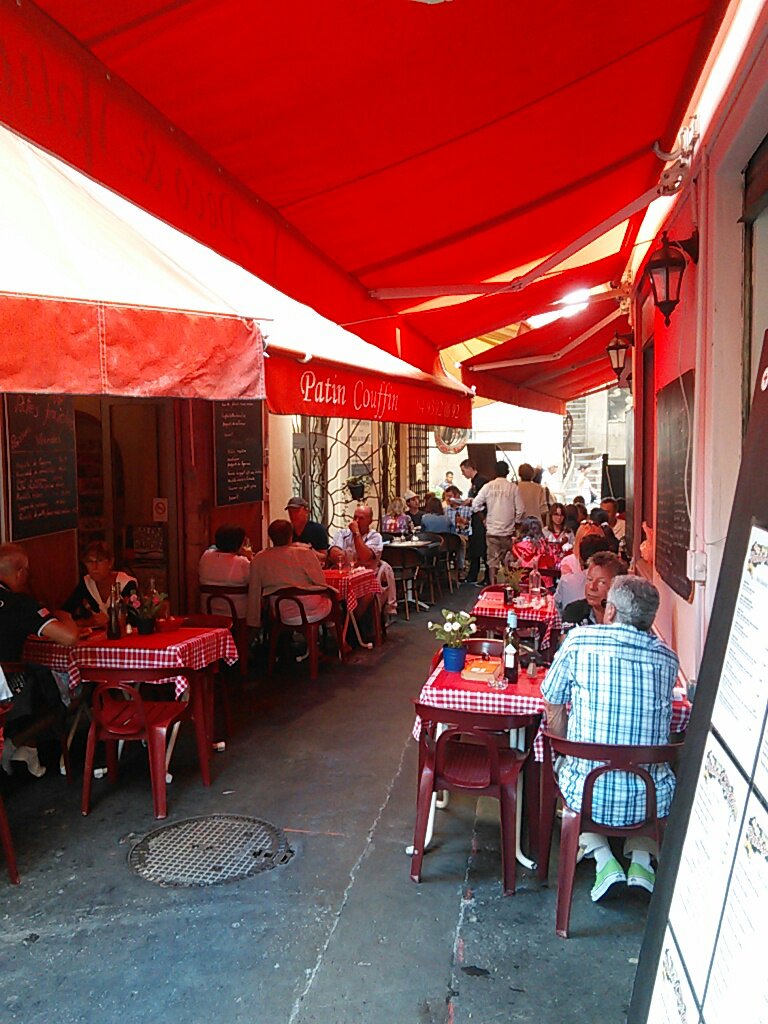 Afterward I went to the Matisse Museum, which is located in a house that he used as a studio for a time. They have built a new modern wing since I was there 15 years ago and the exhibit was very good. I saw some paintings from his later years when he was infirm and couldn’t paint anymore and resorted to cutting paper shapes to create his paintings. There were works from his Jazz series as well as his Blue Nude along other great works from earlier periods. Outside in the park people played pétanque, the French version of Bacce ball, and it made me wish I was nearly as good as some of the players I saw. The weather was perfect until I left the site and then a heavy downpour drenched me and about 25 other people as we waited for the bus to take us down to the city center. When it arrived everyone crowded on and we were packed like sardines, but not one payed, and when we were ready to return home the rain lifted once again. A very nice and enlivening trip. 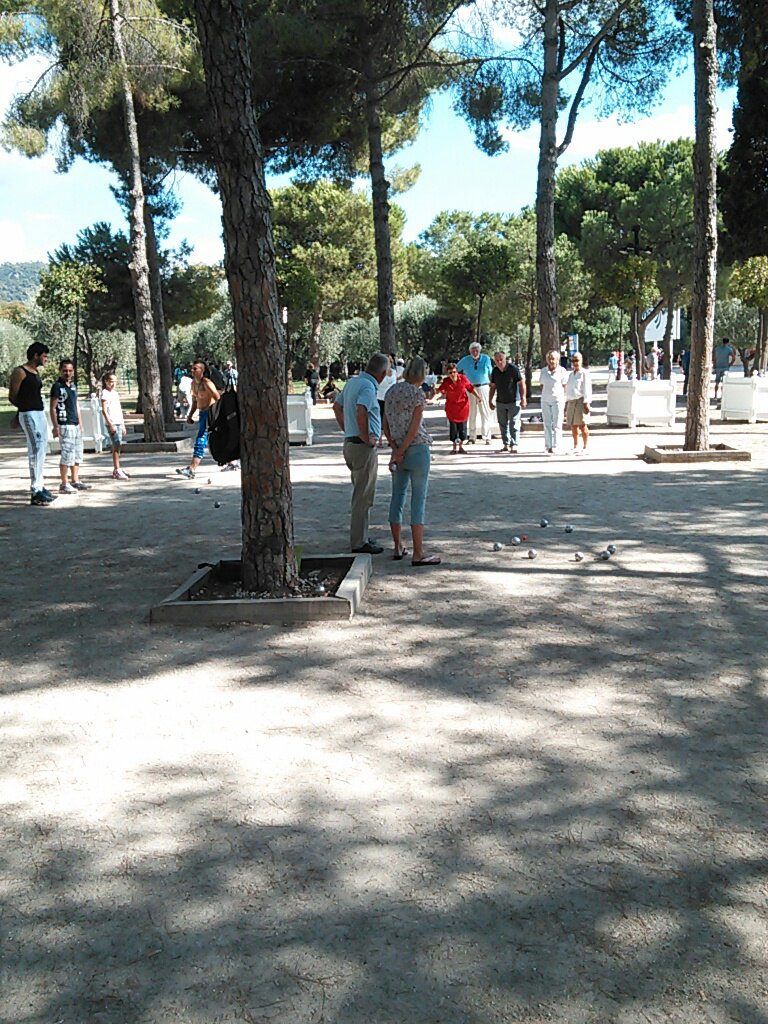